Wunderbar Together: Finding Similarities Across Cultures in the Mooresville – Hockenheim Partnership 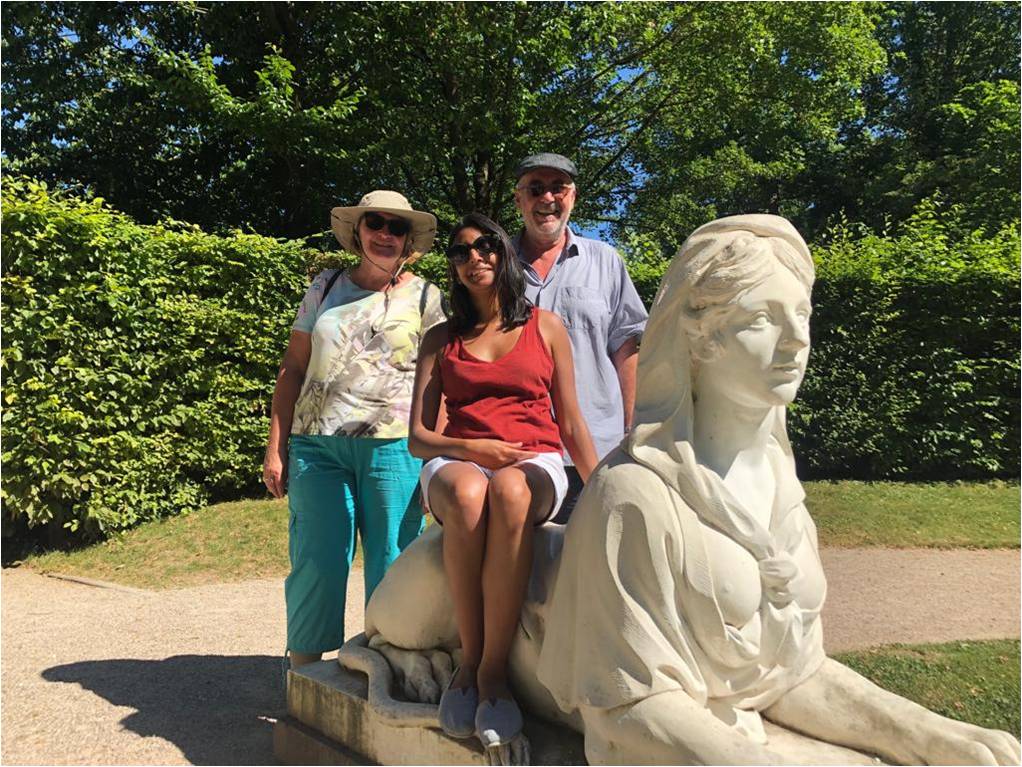 Some of the Mooresville, NC delegation touring Hockenheim, Germany

SCI: Could you tell me a bit more about the exchanges and programs between these two sister cities? How often/how many participants? How can these programs continue to expand to address global challenges on a local scale?

It’s amazing how similar we are no matter how different our cultures and countries may be.

The adult exchange has fluctuated throughout the years but we would like to move in the direction of these groups visiting each other at least every two years. This summer, 9 of us from Mooresville went to visit Hockenheim and we are inviting the Hockenheim delegation to visit us next fall. 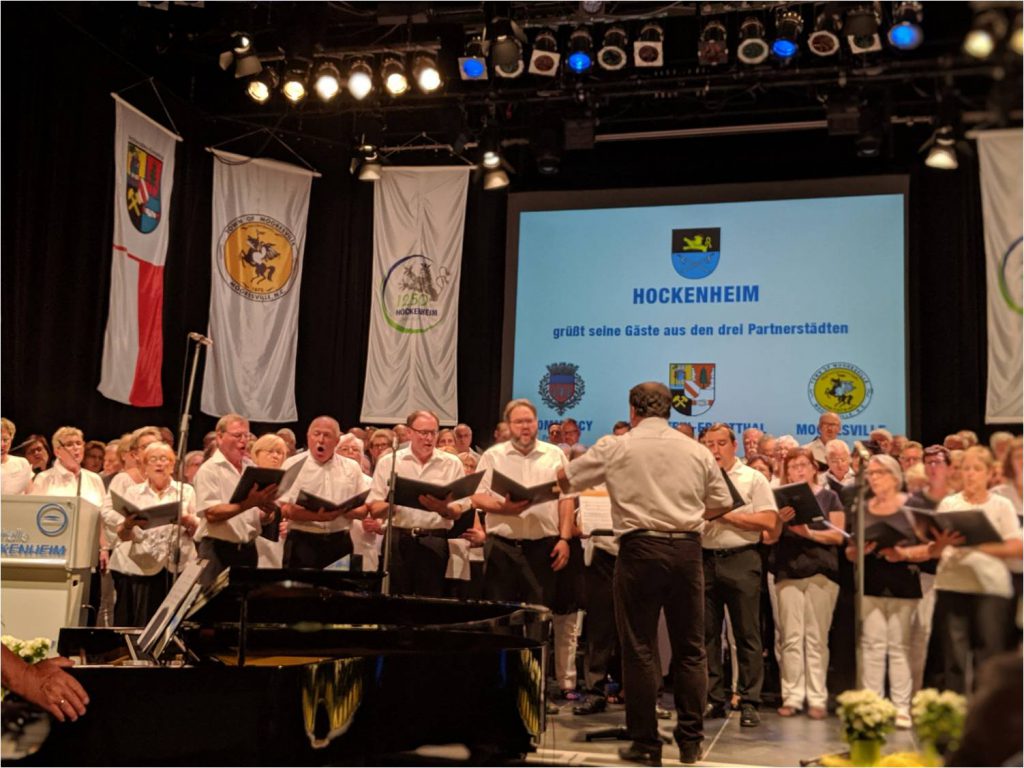 It’s amazing how similar we are no matter how different our cultures and countries may be. Even citizens that are not directly involved in the program have benefited from simple interactions when we have visitors in Mooresville. There is genuine interest in understanding one another even when there is a language barrier.

SCI: Do you have a particular anecdote, a lesson, or an experience that shows the meaning of these exchanges?

Last summer when we attended the Regional Sister Cities Conference in Gastonia, we wanted to implement the idea of having Hockenheim Sister City road signs at the entranceways into Mooresville. We worked with the Streets Department and the signs were put up. Shortly afterwards, we received an email from a woman whose mother was visiting her and considering relocating to Mooresville. Lo and behold – she was originally from Hockenheim! She saw the Sister City signs and immediately felt at home.

For this summer’s adult exchange for Hockenheim’s 1250th anniversary celebration, they had each of their Sister Cities send in art work. After the pieces came home, a local downtown art gallery displayed them. This has sparked a lot of interest in the Sister Cities program and we’re finding a lot of our citizens have a German connection!

SCI: In your experience, how does the citizen diplomacy and information exchange facilitated through this partnership build mutual respect, understanding, and cooperation?

By having conversations, you come to realize that we’re all more alike than different.

I truly believe that simple interactions go a long way in building mutual respect, understanding, and cooperation. By having conversations, you come to realize that we’re all more alike than different. However, not many people have the opportunity to have interactions with people outside of their own circles. The partnership facilitates these opportunities. 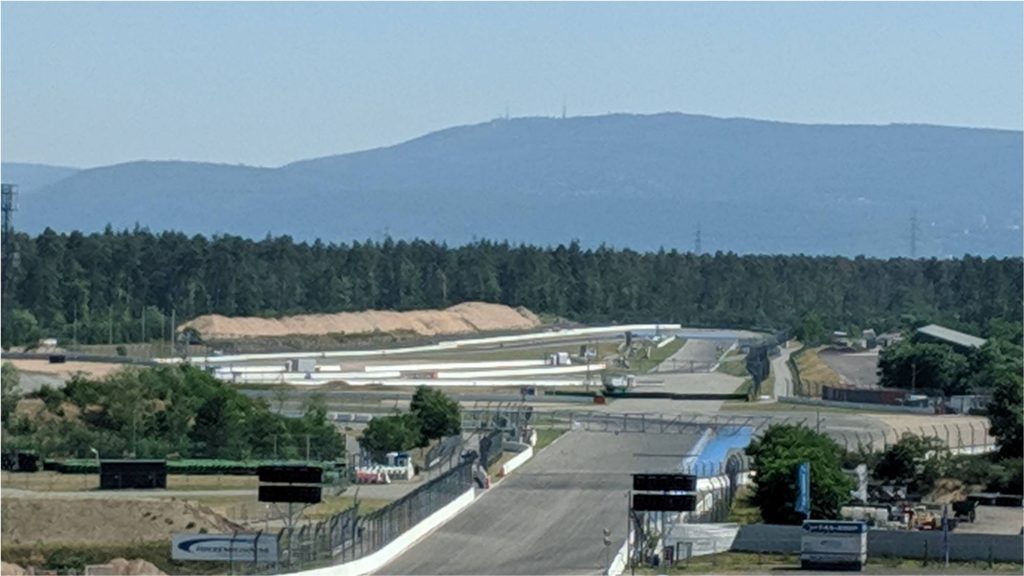 SCI: How have Mooresville and Hockenheim been able to collaborate to strengthen climate resilience in particular? What did your tour of the “Hockenheim Ring” ecological project entail?

The tour of Hockenheim’s ecological project was to show us the efforts being made to restore the natural flow of the river. Mooresville’s Waste Water Treatment Plant utilizes technology from a German company, Huber, to covert the wet waste products that are taken out of the water into a dry product that is used as fertilizer by farmers. This saves the Town $30k/month in hauling expenses and also helps the environment in recycling waste into a useful product that farmers get for free. When we have exchange groups come to visit, we take them on a tour of the facility.

SCI: Oftentimes ideas of the US abroad are shaped mainly by knowledge of larger coastal cities. What insights can be gained from an exchange with a smaller city/a city in the South instead?

Small cities in the South are known for our hospitality and smaller pace of life, although Mooresville (population 40,000) is known as “Race City USA” since many NASCAR teams are headquartered here. You can still see farmlands in many places in the South which is lost in larger coastal cities. In addition, citizens in small Southern cities are often times closer knit than in large cities. We asked the Hockenheim high school students what they enjoyed most about their visit and overwhelmingly the response was the kindness they felt from everyone.

Privacy & Data Consent (GDPR - CCPA)
To provide the best experiences, we use technologies like cookies to store and/or access device information. Consenting to these technologies will allow us to process data such as browsing behavior or unique IDs on this site. Not consenting or withdrawing consent, may adversely affect certain features and functions.
Manage options Manage services Manage vendors Read more about these purposes
View preferences
{title} {title} {title}

Do you need assistance?

Send us a message with a single click. We will reply as soon as possible.